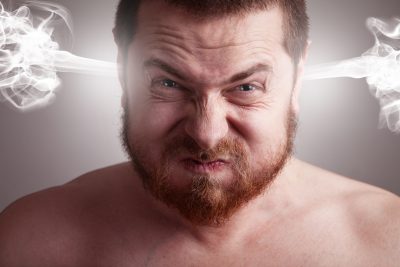 I want to share with you some things that I have learned during this week and end with one simple yet very concrete experience that wraps everything in a conclusion.

It’s been a while now that I have started to see and understand people and things that happen in my life, differently. I know this is due to the things I learn and study, and I was wondering how could I talk about this so that others could understand and benefit of the same great experiences I do.

Believe or not, my perception towards a lot of things in my life has shifted. To give you a simple example I am a lot more calm than I used to be. I a lot more happy and have less ups and downs in my personality than I used to, I am a lot more patient and understanding in my relationship, I am aware of my feelings and am able to reduce my emotions when I feel or get angry, and the list can go on.

I know some of you might say that it’s probably because I am growing up, and it’s just a normal process of transformation which we all experience at one point or another. I dare to comment on this one. I see people every day, older than me, that still act and think like teenagers, as I see also teenagers acting, thinking and talking like grown-ups, and I bet you do too. Now there must be something that produces this effect of “growing up”, happening faster for some and slower for others.

I decided to give it a little bit thinking, and what I came up with, is the idea that believes and experience are the things that shape our life and influence our “growing-up”. Now that sounds pretty simplistic and generalist, so let me detail.

Believes are the “tools” in our life. We are not born with them, but we inherit them from our parents, grand parents, society, friends, etc. With this set of tools we start going throw life. Some of us may have inherited a sharpened axe, some of us a hammer, some of us nothing more but a simple nail. Now we don’t know how to use these tools at first, so we look around and replicate; basically being copy-cats. We don’t necessary think, we just act on what we see. At this stage we are still kids and we might also benefit by teachers (good and bad), volunteering to help us learn how to manipulate these tools that we have been given.

Some of us however are not happy with what we got as tools, so we create or own tools. Now, being inexperienced and having no ideas, we start looking for ideas for things to invent. So we start reading, talking to other people, observing how others think, create and live. At this stage we either borrow things we like or continue searching. Whatever the case should be we expand our knowledge, experience, life-skills.

Now we already that 2 groups. It’s pretty obvious that the second one will be more much better equipped to “deal” with life than the others. But than again we all had a choice. Why didn’t we all continue to evolve. Why some of us, settled with less. And here is where I realized that we end up with the spinning vicious circle. It’s again our belief system that tell us it’s not worth it or it’s not for us so we stop struggling. Not going further means no or less experience so it’s inevitable to reach stagnation and procrastination.

A basic, low set of experiences allows us to see the world in a certain “horse-glassed” manner. Now this is why some people simply can’t understand how others experience happiness, wealth,  health; basically wellness and well-being.

Experience determines perception and how we act/react.

As promised I will give a very simple example from my life.

Yesterday morning when I left home to go to work, I realized my car and all the other that were parked on the left side of the road, had been picked-up by the police as there was road work done on that street. Some signs were posted on the right side of the road but were not seen easily.

Now I bet you have at least one friend which would have gone crazy by now. Well not my case. I actually laughed about it and told myself: “this is going to be interesting”. I saw a police officer directing the circulation up the road, approached him and asked him where could I find my car, as it had been picked up. She politely offered info and ended up with a smile. In the following hour I went to the police station, signed some papers, payed the bill: 122,74 euros and was heading to work. As I was driving to work on the highway I could not stop wondering: what can I learn from this? I am sure this happened for a reason. And than another question reached my mind: How many of the people I know would ask themselves his question immediately after? How many would have kept their calm as I did and wouldn’t have considered it a drama and thus continue their day as nothing bad had happened.

Will not bather you with the rest of my thinking process but hopefully you got the idea.

If I would have believed that getting my car picked up by the police was a tragedy, I would have been flooded by negative emotions, and would have act accordingly: loosing my temper, getting angry, etc.However, I remembered what I had previously learned from my lectures and mentors and voluntarily decided to give it another meaning. I could have started asking: why me? But than Les Brown would have come up in my mind and told me: How selfish can you be? Why not you? Who else? You probably already have some people in mind that would deserve it more than you, right?; and I know I don’t want to mess up with him, as he is almost always right.

I really hope, this message gets to someone in need of an advice to be able to reshape his life experience and “grow-up”.